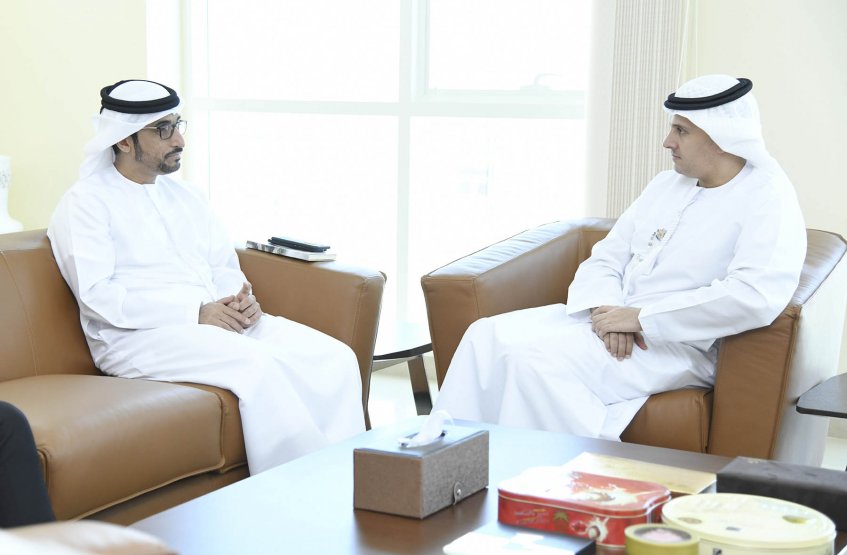 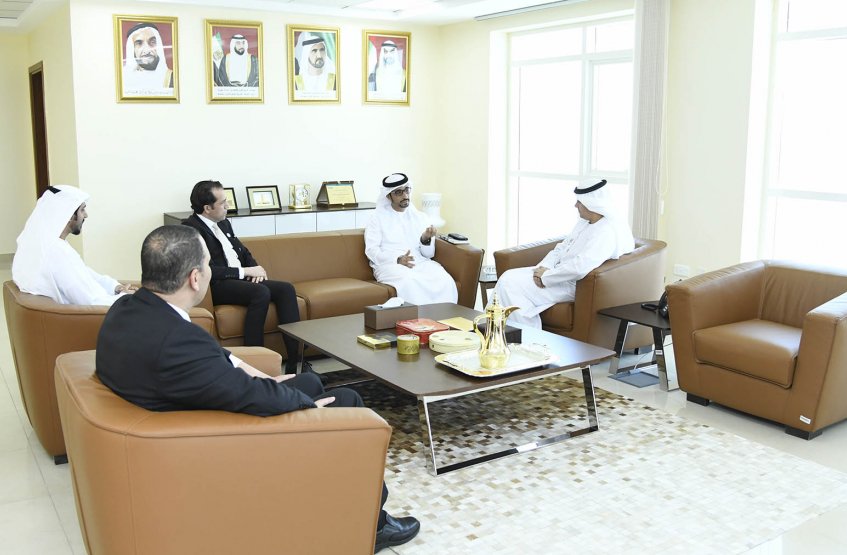 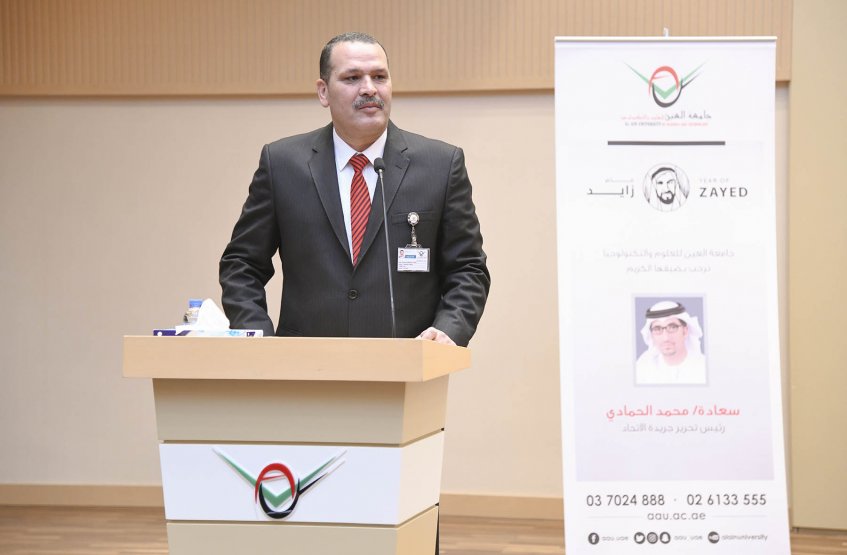 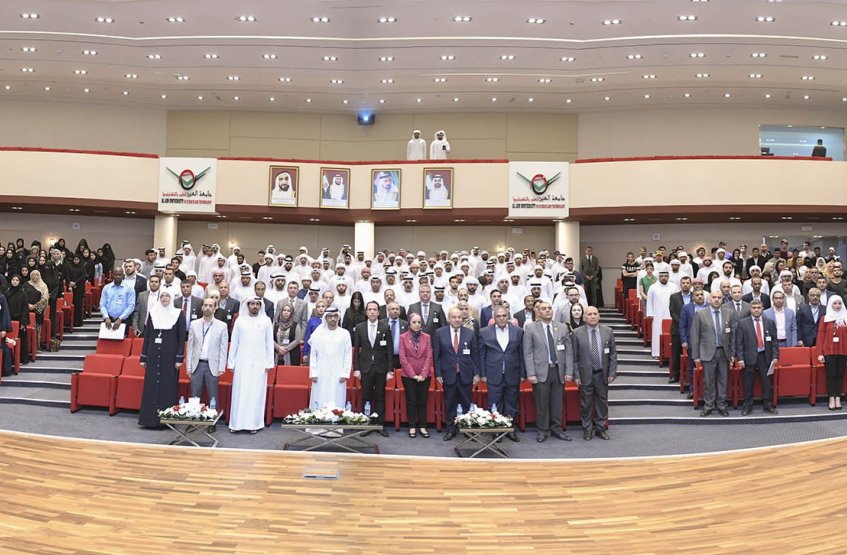 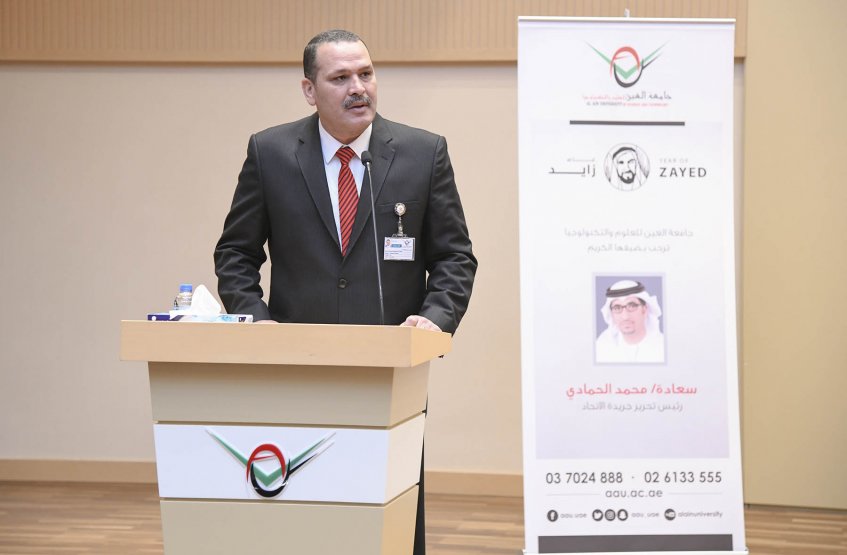 Al Ain University hosted Mr. Mohamed Al Hammadi, the Editor in Chief of Al Ittihad Newspaper, who presented a lecture entitled “The Role of Media in Development”, organized by the College of Law at Abu Dhabi Campus, and attended by Dr. Amer Qasem, AAU Vice President, Dr. Mahmoud Abdelhakam, Deputy Dean of the College of Law, Colleges Deputy Deans, academic and administrative staffs, students, and visitors from outside the university.

Mr. Al Hammadi addressed various topics during the lecture, which discussed the media establishment in the UAE before the Union, the media’s role to convey facts, stressing the need of transferring good content to people. Al Hammadi pointed out the social media impact on what is happening in the world, but he said that the traditional media remain the largest share of credibility. He also stressed the neutrality of the UAE media in transmitting news without prejudice to any party.

Mr. Al Hammadi thanked the management of Al Ain University for the good organization and hosting, and the students for their presence and positive interaction.

Dr. Amer Qasim thanked Mr. Al Hammadi for his presence and appreciated his efforts in presenting this lecture and the valuable advice he gave to the students.

The Al Ain University hosted Mr. Al Hammadi for the first time at the university's campus in Al Ain, where he gave a lecture on the role of the media in spreading happiness and tolerance, which witnessed a remarkable turnout at the time.

AAU raises a slogan “We Believe in AI”

Khalifa Library Enhances the Usage of E-Resources at AAU