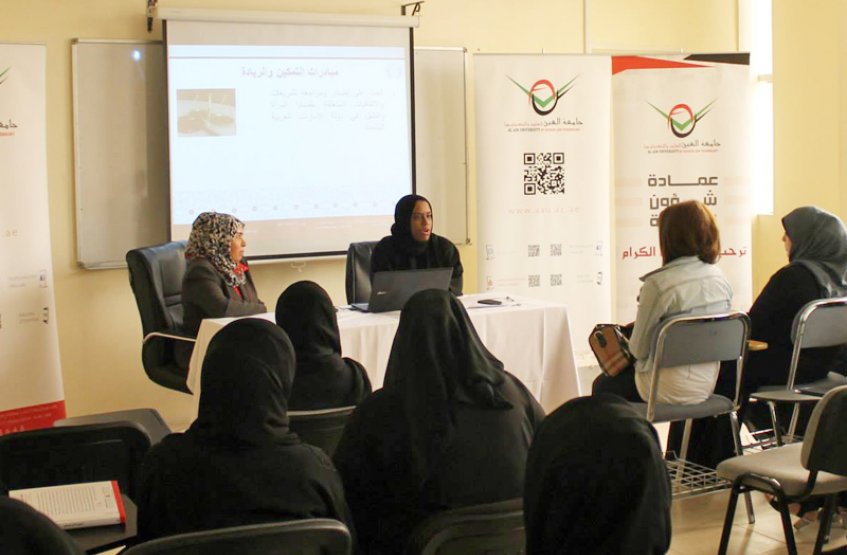 The Deanship of Student Affairs at Al Ain University campus in Abu Dhabi, in cooperation with the UAE General Women’s Union, held a seminar entitled “Women Empowerment and Their Role in Decision Making”. The seminar was organized in coordination with Dr. Najwa Abu Heiba, associate professor at the AAU College of law.

Ms. Ahlam Al Lamki, Director of Research and Development at the General Women's Union (GWU), explained the role of the GWU and reiterated that it works in accordance with a national strategy aimed at activating the role of women through its various programs, in cooperation with relevant institutions in order to overcome the obstacles that hinder women's active participation in all fields of public life.

She added that the percentage of females currently enrolled in higher education programs is 71.6% of the total students in public universities and 50.1% percent of students in private universities and institutes. In addition, the percentage of women has reached 60 percent in technical jobs, which include medicine, teaching, pharmacy, and nursing as well as women’s involvement in the armed forces, police, and customs.