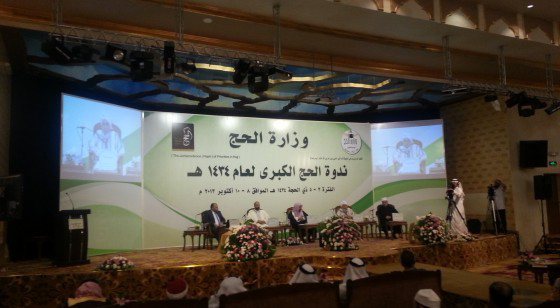 Dr. Maher Hasweh, assistant professor of jurisprudence at the AAU College of Law, took part in the annual Hajj symposium for 1434 AH which was held in Makkah in Saudi Arabia under the patronage of the Ministry of Hajj. Dr. Hasweh presented a paper in which he reviewed a number of applications, prioritizing Hajj rites and duties, and the impact of references on the implementation of steps during Hajj.

About forty scholars from various countries around the world took part in the symposium in addition to an audience representing the intellectuals of the Islamic world including ministers, heads of Fatwa bodies, and university presidents.